I have lived with severe knee pain since I was a teenager. The pain and damage in my joints became more debilitating over time, and enduring it shaped my character. In the fall of 2018, with health insurance available in recent years through the ACA, I was able to get two full knee replacements. Successful surgeries have reshaped my life in ways that are still becoming clear to me.

Pain is a cruel and brutal teacher. It makes you cautious; it makes you crave predictability. For years I put commas and periods in my life where they didn’t need to be. I learned how to trick the pain, but it was like squeezing a balloon, parts expanding and parts contracting, threatening to burst.

My surgeries were a glorious conclusion to a long and very painful journey that was made infinitely worse by the US healthcare system. The ACA is far better than what we had before; but that was a pretty low bar to begin with, and I know many people have not been able to successfully navigate the ACA either.

Everything Has Changed: Life Altering Healthcare Experiences in 21st Century USA premiered in September 2019. Almost exactly a year after my own surgeries, I wanted to bring together other people who had experienced life-changing healthcare experiences. Everything Has Changed featured well over twenty visual, sound, video, and performing artists. My own qualified happy medical ending was not the norm; most people were still struggling with health issues and a healthcare system that did not want to serve them.

Installation for the exhibit became an impromptu group therapy session about access to healthcare, doctor experiences, and explaining chronic health issues to both loved ones and nosy strangers. The opening was packed. Several health care professionals attended, and were deeply moved. Every one of the participants personally thanked me for putting the show together. One artist in particular said that it had opened up new avenues of conversation in their politically divided family, many of whom had never attended an art opening.

One day during gallery hours, a man dropped by and said he was making the rounds of local galleries on his off hours from attending EXPO Chicago. He was a gallery owner from Berlin. I said, “This would be a very different show in your country.” He agreed, and we both sighed.

We still have so much work to do.

Exhibit Inspiration – Before and After My Knee Surgeries

Everything Has Changed – Gallery Panorama 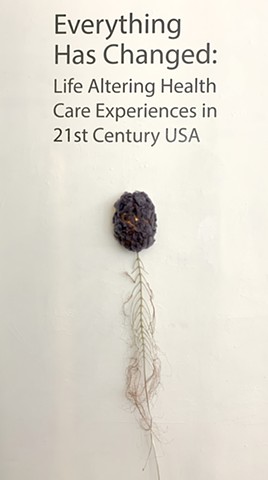 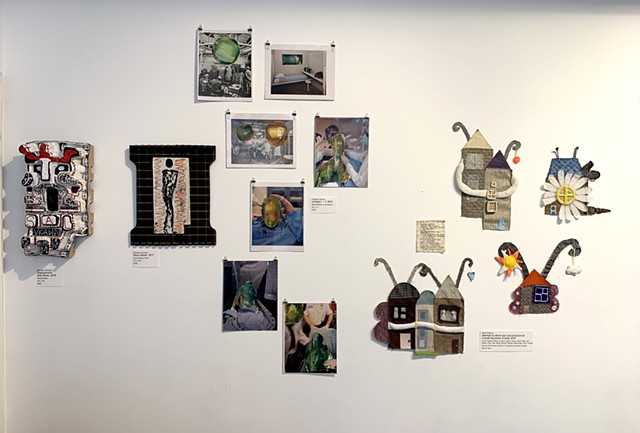 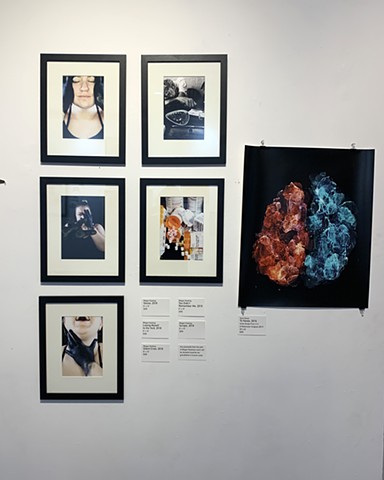 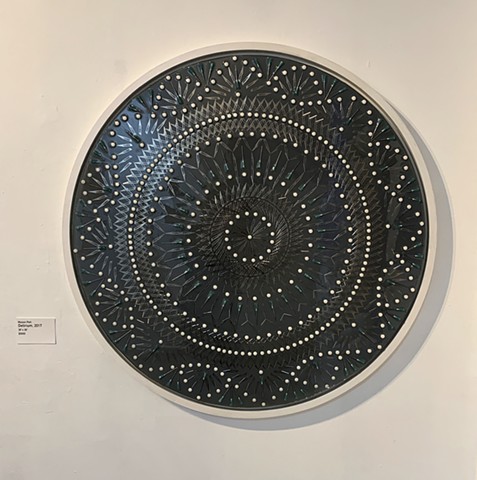 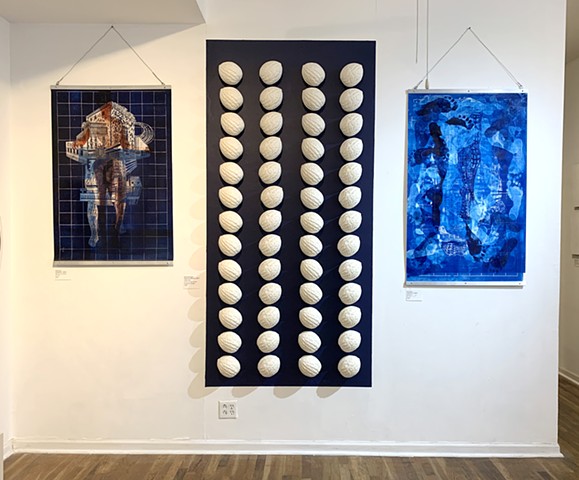 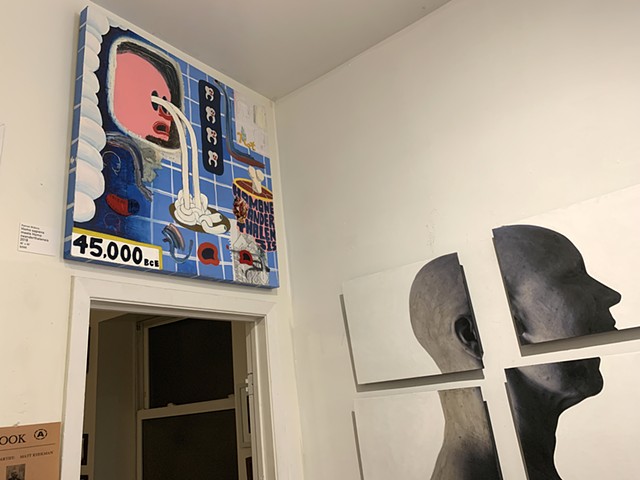 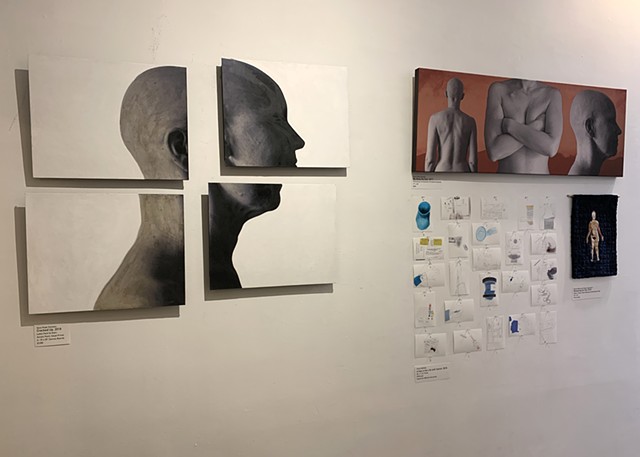 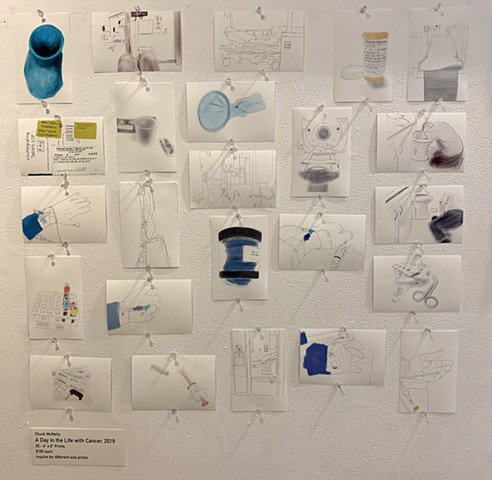 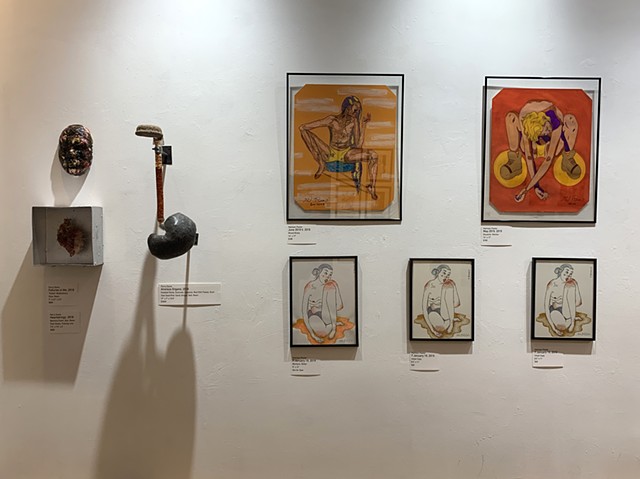 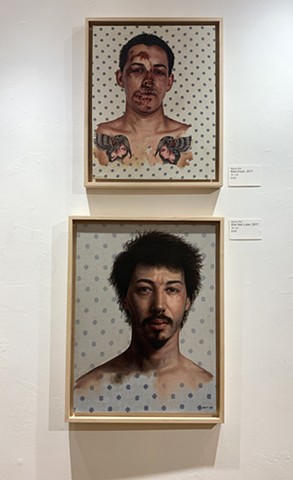 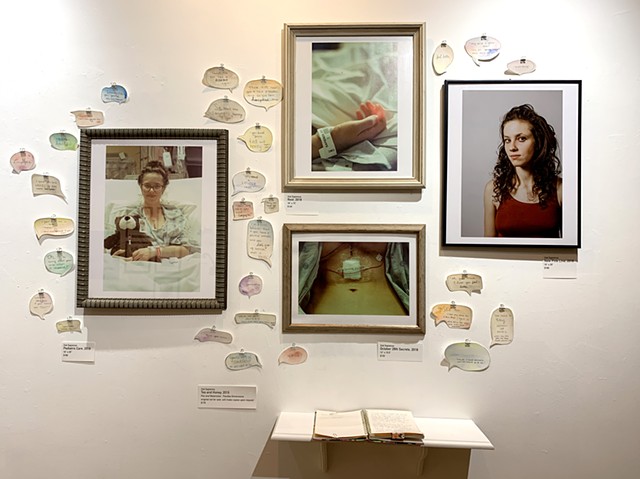 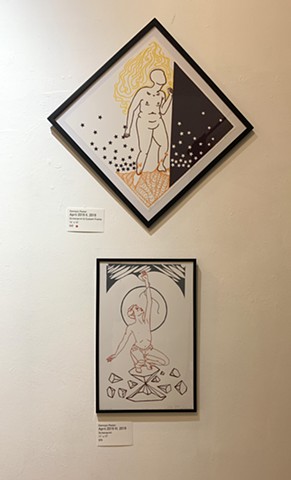